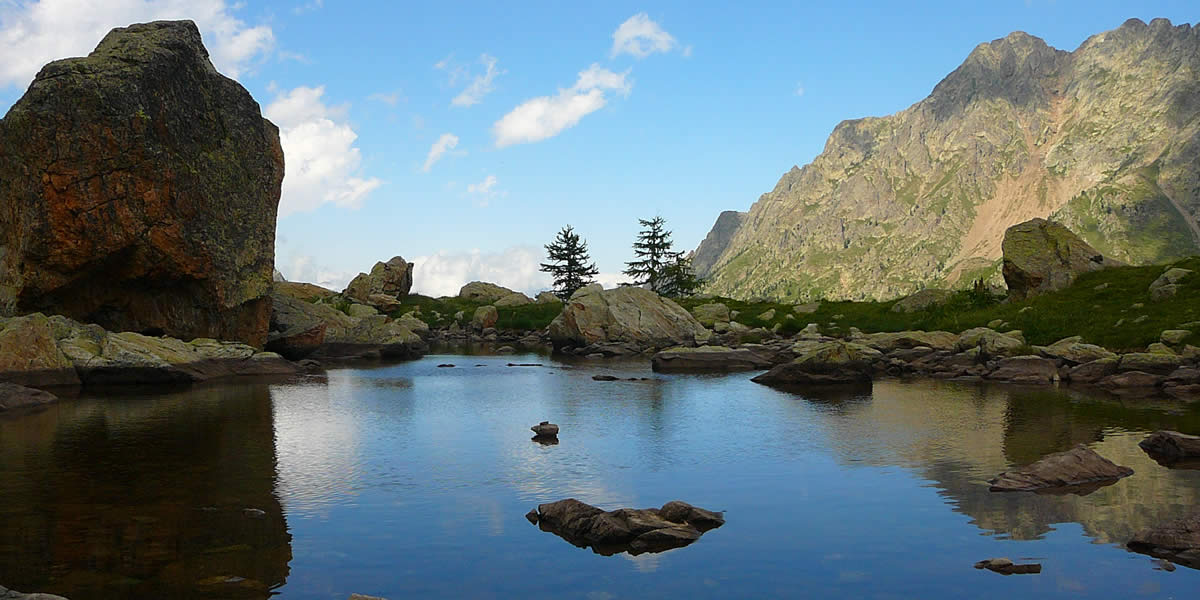 A border valley, marked in its whole itinerary by the River Stura. The fascination of this valley lies in its untouched nature, in its intricate system of paths and stone houses in the hamlets of San Bernolfo Ferriere and Neraisa.

There are also the sulphurous thermal baths at the Bagni di Vinadio, the imposing 19th century Fort Albertino of Vinadio (one of the most significative examples of military architecture in the Alps). The Sanctuary of Saint Anna (at 2010 metres a.s.l., the highest in Europe) the Ecomuseum of sheep farming in the hamlet of Pontebernardo of Pietraporzio, which celebrates the Sambuco sheep, which are a symbol of this valley.