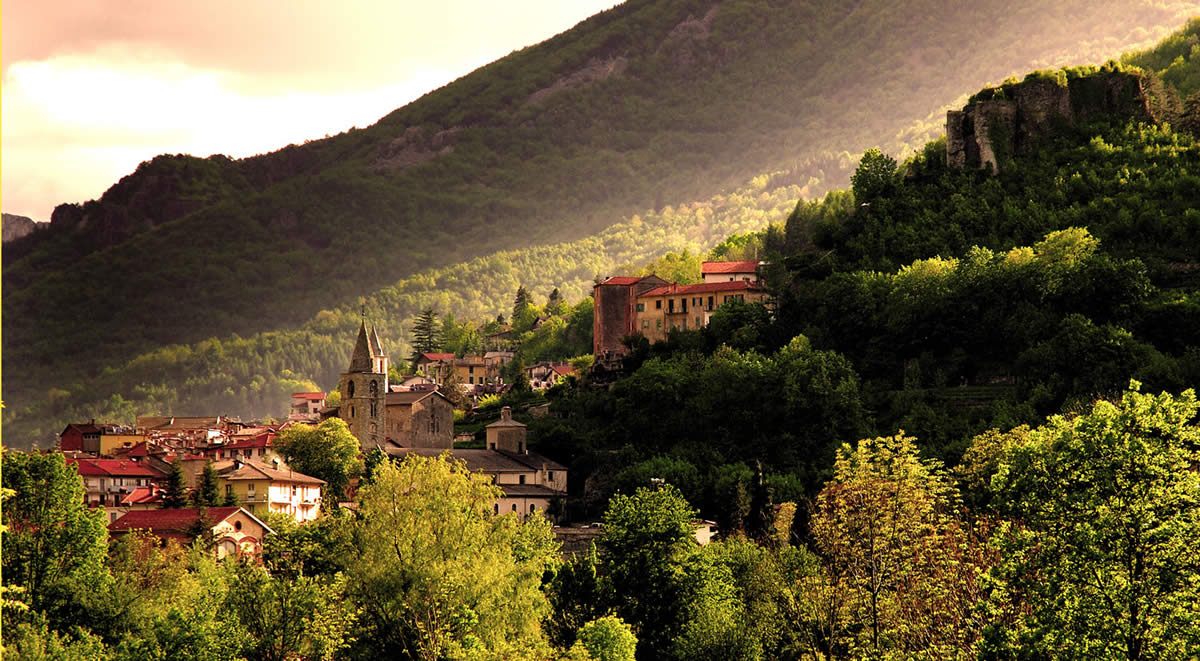 A valley suspended between two regions and dominated by the Ligurian Alps, which despite their name are more extended in Piedmont. A hinge between the Apennines and the Alps, the chain is characterized by a flora, which unites typically Alpine plants to Mediterranean ones.

This naturalistic patrimony of great interest today is under the protection in part of the territory of the National Park of Marguareis. A good idea would be to visit the historical centre of Ormea, signed by the so-called “Trevi” (little narrow streets). The entrance of the city is the belfry of the parish of Saint Martino, which dates back to the 10th century and can boast some splendid Gothic paintings from the 14th century and also a crucifixion by Moncalvo. At Nucetto, Perlo & Ormea you will find castle ruins alternated with antique Saracen towers.