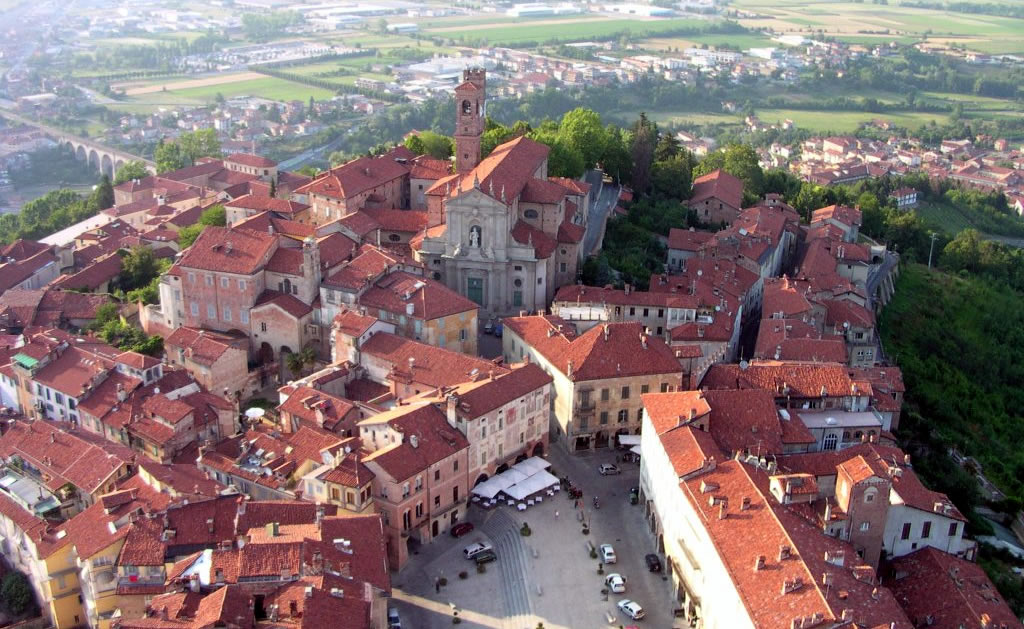 Where maritime Alps demote in those from Liguria, to become Appennino, and there begin the valleys of Monregalese, with magnificent views that of Mondovì square, situated on a hill opposite to the Langhe.

A lively town extended downstream, Mondovì merits a visit for its major square, with its old arcades, for the bishop residence, already site of a university in the XVI century, for the cathedral, the Hebraic synagogue, for the churches of Mercy and of Mission, that keep a splendid number of Andrea Pozzo’s frescoes (XVIII century). At Breo for two centuries, the Moro; became the local mask, beating hours on the church of St. Peter and Paul.
In the suburbs the Vicoforte sanctuary attracts thousands of pilgrims and it is famous for Francesco Gallo’s elliptical cupola, the greatest in the world.
The chapel of St. Fiorenzo at Bastia, with a rich painted cycle of fresco from XV century of more than 300 metres square, can be the beginning of a historical-arts itinerary, that touches the little church of Breolungi, the medieval village of Rocca de’ Baldi, with its museum of agriculture in the local castle, the sanctuary of the Brichetto at Morozzo, the ancient monastery of St. Biagio, going up to the 1014 and today place of prayer and meditation, to arrive at a naturalistic attraction, the Oasis of Crava-Morozzo, habitat for more than 135 kinds of birds and for many aquatic migrating kind.
We can see another natural gift in Corsaglia Valley, the Bossea caves, long more than two kilometres, with fascinating internal rooms.