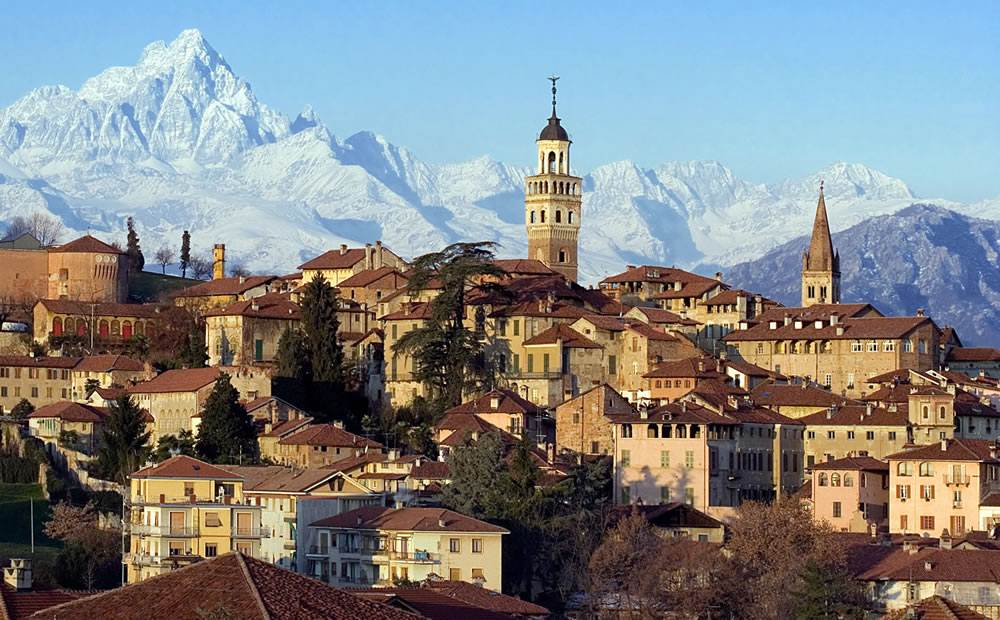 In the Cottian Alps the celtic civilization has left various testimonies, but richer patrimony comes from a flowered culture between XII and XVI century, an independent land of Marquis which capital was Saluzzo, pearl of province.

A characteristic medieval village in the hills to the foot of Monviso. The centre of marquis power was represented by the “Castiglia”, imposing fortress at the summit of the ancient town, which low profile opposes with the tall civic tower and bell-tower of St. Giovanni, church of nobility, true masterpiece of gothic and Renaissance art. Through the winding alleys and the flight of teps we discover a splendid foreshortening of noble houses, between “Casa Cavassa”, now the site of a very interesting civic museum.
The whole area of Saluzzo is rich of art, from castle of the Manta, where there is a cycle of frescoes (the nine heroes and the nine heroines, the Fountain of Youth), remarkable example of the international European gothic. The village of Revello, in Po Valley, merits a visit for the marquis chapel and the ancient church of the “Collegiata”, while the close Staffarda offers the presence of an abbey monks complex “cistercense” of St. Mary, dating back to the XII century,  in Romanic-gothic style.